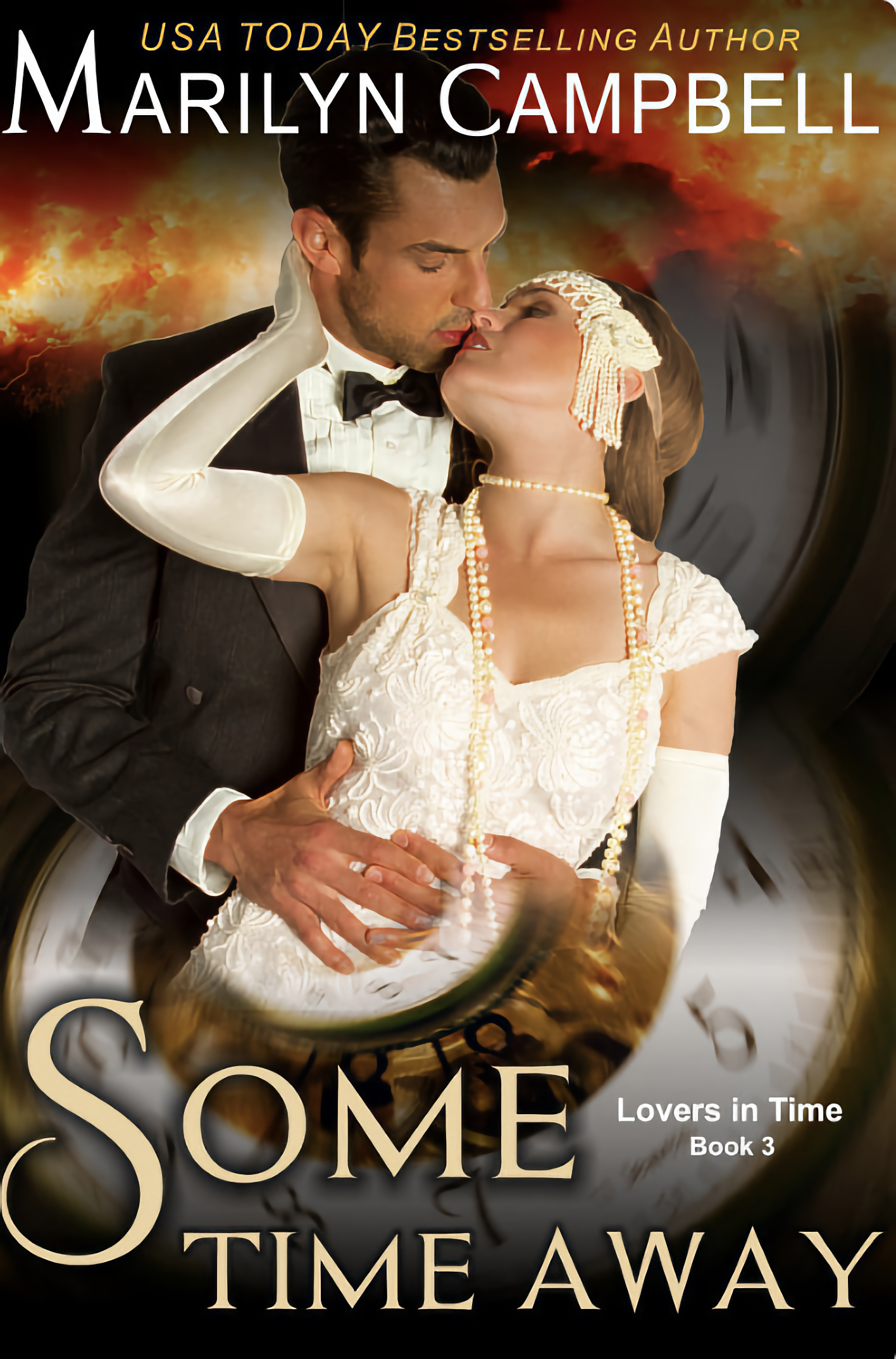 Former friends, Maggie and Noah reconnect at a haunted hotel to do research for a horror novel, but their passionate reunion is complicated when otherworldly beings send them back to the Roaring Twenties to prevent a murder. Their mission is actually a test and their success or failure will not only determine their fate as a couple but that of all humanity.

"Enough talking." Noah leaned back against the rock, drew her close and kissed her forehead. "It's a beautiful night." He kissed each cheekbone.

"The moon is putting on a show just for us." He kissed her nose.

The tingling spread up her legs.

"And that ocean is really warm." He kissed her mouth then outlined her lips with his tongue.

Her body was being aroused yet her mind was sidetracked by the ticklish sensation now shimmering throughout her body. Something physical was happening to her that had nothing to do with Noah's seduction. The peculiar sensation strengthened, peaked with a strong wave of dizziness then completely went away.

She gave herself over to his mesmerizing kisses, his touch, and was willing to try playing in the water. Until a wave splashed over her feet and deposited a clingy glob of seaweed. She kicked it off and watched a family of tiny crabs scramble back toward the sea. "Maybe we could just go back to the cabana and try out that cushy lounge for—"

Noah grabbed her hand and pulled her into a light jog back down the beach. A minute later they came to an abrupt halt. Where there had been ten colorfully-striped tents, there was now only a single tan one. As they got closer they heard a woman's shrill giggle and the flaps of the tent were securely closed. It made no sense.

"Something's very wrong here," Maggie whispered. "Maybe we got turned around somehow. Let's just go back inside the hotel and get our bearings."

Noah's confused expression elevated to worry when they couldn't find the side door they had used to exit. Anxious to figure out where they'd gone wrong, they walked the hotel's perimeter until they came to the lobby entrance, only to be brought to another sudden stop inside the doors. Everyone was in costume. Flapper dresses, feathered boas and sequined headbands. Old-fashioned tuxedos and white spats over shiny black shoes. Even the staff's Hawaiian-patterned uniforms had been changed to old safari-style outfits to match whatever party theme was going on.

Maggie recognized the voice immediately. It was the bellman, Reynard, wearing a crisp khaki ensemble complete with pith helmet.

"If you will please follow me, I will take you to your bungalow."

"Bungalow?" Noah asked in an edgy tone. "We have the Diamond Penthouse. Here, in the main building. And we also had a private cabana reserved for this whole night and something—"

"I assure you I can explain everything but now you really must come with me. Quickly, please."

Maggie nudged Noah to follow Reynard as he hurried outside to a horse-drawn carriage on a wooden boardwalk. "Am I crazy or did I completely miss seeing this before?"

He helped her into the back seat then joined her. "Not crazy. There was a paved path here this morning…for golf carts, not carriages."

Reynard lightly flicked the reins and the horse clopped forward.

It was all much too strange, so Maggie chose something simple to question. "Reynard, you know I'm not Mrs. Nash."

"It will be much easier if you introduce yourself as such while you are here."

Noah leaned forward and tapped Reynard's shoulder. "What do you mean, here?" He didn't get an answer but the carriage came to a halt mere seconds later.

Maggie and Noah shared a bewildered look. They were in front of a row of bungalows, somewhat similar to the ones they'd seen that morning though not nearly as many, and none of them were painted the same colors as before. They waited until they were all inside then spilled out their questions in a rush.

"What did you mean by here?"

Reynard held up a hand as he lit a kerosene lamp. "I only have a few minutes before being discovered so I must give you the short version. You are still at the Davenport Resort. However, when the full moon reached its zenith, the portal opened, and the two of you were transported to the year 1927."