If you knew for certain that you had exactly 1,000 days left to live in your present body, how would you fill those days?

Due to several factors and events, Marilyn Campbell asked herself that question after the early death of a dear friend.  As a result, she wrote a list of everything she had ever dreamed of doing or wished to accomplish, as well as things she was afraid of doing, since she was a child (this obviously required some hard memory jogging and digging up the old high school yearbook). She was pleased that most of the items could be checked off immediately, but there were still a few big ones remaining. So in the year that followed, she jumped out of an airplane (with a parachute), performed stand-up comedy in front of an audience (they were kind) and took off alone in her car to see the United States.  On that trip she fulfilled some dreams she didn't even know she'd had, like zooming around the Indianapolis Speedway in Petty's #43 car.

She now challenges you to make your own list and choose a few things to check off in the next year.

Meanwhile, here's a bit of background on Marilyn... 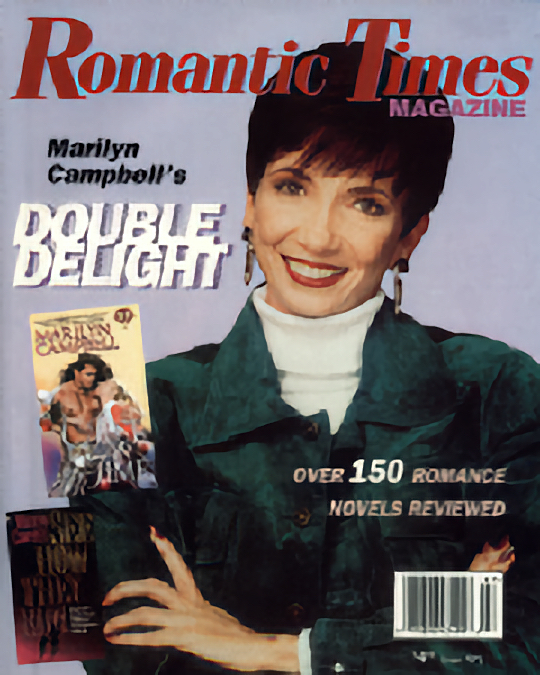 As a best-selling author, Marilyn Campbell has entertained and inspired readers around the world. Her first published work was a humorous contemporary romance released in August, 1991 through a mail-order house. Following that modest debut, however, she contracted for 18 more titles with five separate publishers, including a prestigious hardcover house. These books span the genres of category, futuristic, and time-travel romances, mystery, and psychological suspense

She has also written a screenplay which was produced by Goodtimes Home Video, starring her friend, Fabio.

Her novels and marketing skills have gleaned countless awards.

Her non-fiction works include Tarot of The Lotus Circle, Metaphysical Fitness-Ten Commandments for Spiritual Being, which was inspired by her near death experience, and Numerology To Go.

As a popular public speaker, she has helped thousands identify their dreams and confront their obstacles. She has been invited to speak at schools, libraries, conferences and businesses throughout the U.S. and parts of Europe. Her workshops and seminars range from writing and marketing your novel, to motivation and time management, spiritual guidance, self-empowerment, fitness, and metaphysical topics such as tarot and numerology.

Campbell’s outgoing personality has made her a welcome guest on numerous television programs such as ABC’s Good Morning San Antonio, and she has appeared on Entertainment Tonight, Current Affair and Extra. She has been the subject of dozens of feature articles in national and local newspapers and magazines, including cover stories in "Sunshine" and "Romantic Times."

Marilyn’s speaking engagements are enhanced by her experience performing on stage in dramas, musicals and stand-up comedy.

By clearing and balancing the physical self through the spiritual self, you, too, can facilitate the highest potential in all aspects of your life.