Originally released 1992 as Pyramid of Dreams 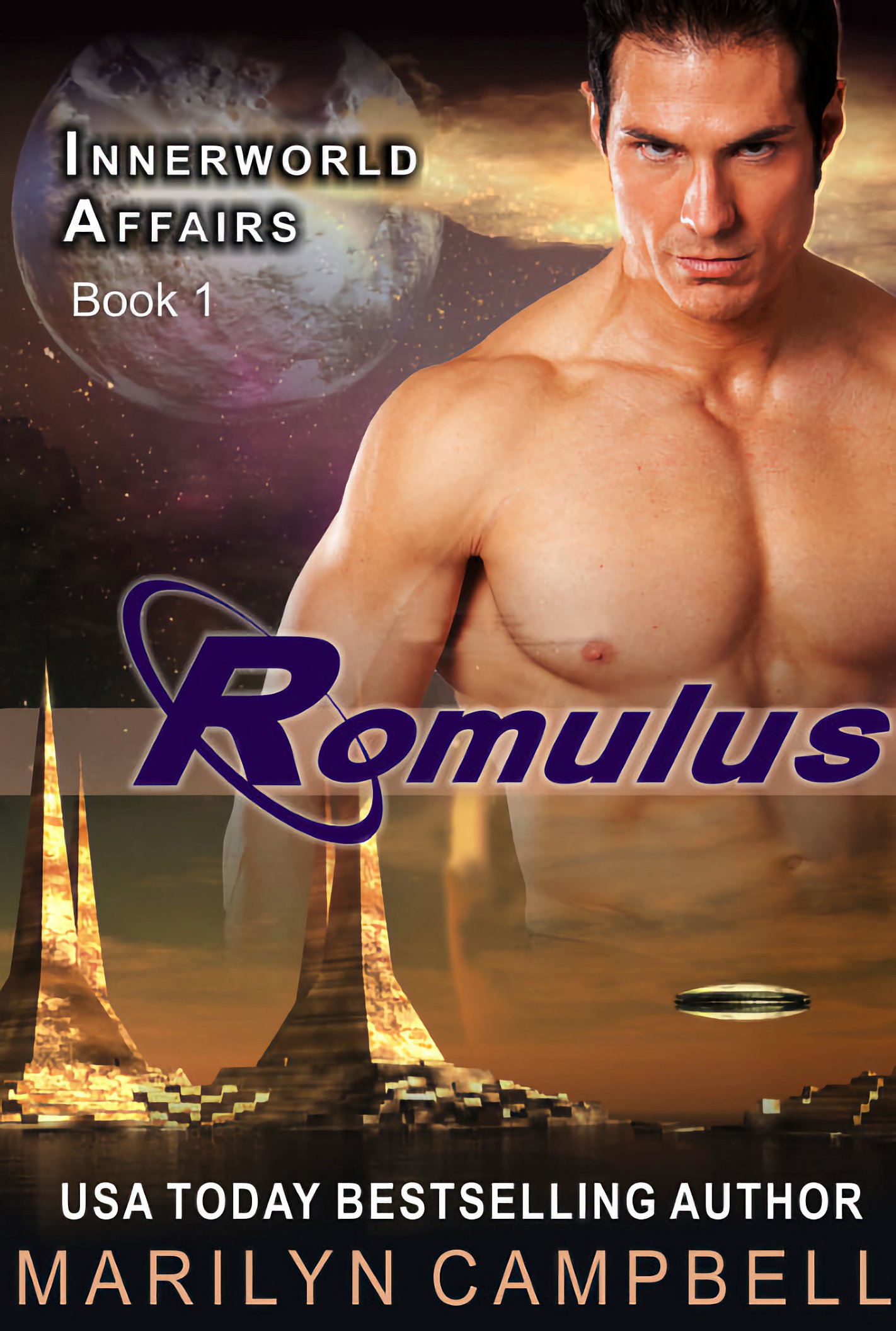 When a yacht is hijacked and taken into the Bermuda Triangle, the passengers and pirates are catapulted into a futuristic world in the center of the Earth. Though others have been pulled through the doorway in the Triangle, one of these New Arrivals, Aster Mackenzie, challenges two of their primary laws—no Terran may return to Outerworld, and Noronians and Terrans are not permitted to mate.

The heart cannot always heed the law however. When Aster unexpectedly triggers the powerful Noronian mating fever in Romulus, they must risk everything, even life itself, to be together. But their personal needs are put on hold when Innerworld’s advanced technology reveals that a planetoid is heading directly toward Earth. The solution to both dilemmas marks the beginning of change for both Innerworld and Outerworld.

The fiery passion will singe your heart… You will be mesmerized by this exceptional reading adventure!

In the hectic receiving area, Romulus doled out orders in a tone of voice that permitted no questions. His attention was abruptly diverted as the new caretaker, Oona, hurried toward him. He hoped nothing had gone wrong with her assignment.

"Chief Romulus, please excuse the interruption. The woman in room five awoke and became very upset. She fell. It happened so quickly. There was nothing I could do. I was looking for the doctor when I saw you."

"All right, Oona. I'll check on her now." He strode away, annoyed that Oona had not been able to handle the woman. With all the paperwork required to integrate the new arrivals, he did not have time to calm one frightened female.

But the sight of that female crumpled on the floor halted Romulus's unkind thoughts. He knelt down and gathered her into his arms. When he tried to lift her, however, he misjudged his burden. Attempting to shift her weight, he lost his balance and ended up sitting on the floor with her cozily on his lap.

The sudden jolt interrupted Aster's dark oblivion. She opened her eyes and tried to focus on his face. Groggily, she murmured, "Much better. I know you. You've been in my dreams before." Closing her eyes, she nestled her head against his chest. From the contented look on her face, Romulus concluded it must be a very pleasant dream.

Romulus tried to pull his eyes away from the soft smile and dreamy expression on the woman's face. For a moment he wished he was the man she imagined him to be. His hand disobeyed his disciplined mind and brushed the hair away from her brow. The woman turned her cheek into his palm, and her mass of silver hair spilled over his arm. It was a very appealing feature but nothing like her eyes. When she looked up at him a moment ago, he was shaken by their blue-black color. It reminded him of the midnight sky on his home planet. That thought seemed to bear analyzing but now was not the time.

Just then a deep sigh caused her breasts to rise and lower and the peaks noticeably puckered, betraying the direction her dream had taken. It was enough to jar him back to the situation at hand. Remembering Oona standing expectantly behind him, he realized how unofficial he must look sitting on the floor holding this female. With effort, he stood up and placed the female gently on the bed, feeling oddly reluctant to release her.

"Oona, what's the medical on this one?" There, he was all business again.

"Cerebral hemorrhage, multiple bruises, fractures and contusions. She did not remain under the beam long enough for a complete recovery and may have reinjured herself from that fall. Sir, I am afraid I provoked her unintentionally. I understood I was not to offer explanations, but she was very agitated and when she detected the difference between my voice and lip movement, I told her about the universal translator."

Chief Romulus considered the extraordinary pronouncement that the new arrival had been able to discern the translator's miniscule lapse. Apparently, besides her striking exterior, a definite possibility of higher intelligence existed as well. "What is her name?"

"Aster Mackenzie. She prefers to be called Miss Mackenzie."

"Go find the doctor. I'll stay with her until you return." His motives for remaining with the patient were unclear. A backlog of work beckoned to him but he ignored its plaintive call. Something stronger held him back.

It seemed to him that this woman possessed some invisible characteristic that lured him to her. After Oona exited, he tried to appease his curiosity with a visual examination. Her physical beauty did not stop with her face. Every inch of her was impressive. Her breasts were full but firm, her abdomen muscles taut, her waist narrow compared to her hips. Her limbs revealed additional proof of attentive conditioning.

Whatever was he doing? Here he was, in the midst of turmoil, ogling a nude woman like some adolescent boy. She was only a female, and a new arrival at that.

What was taking that caretaker so long?

By the time Oona returned with the doctor, Rom had exiled himself to the hall outside the patient's room.

"Good, you're back. I must return to my office. I've spent too much time here already. Orientation is scheduled for eighteen hundred hours in Conference Room B." Before he finished his last sentence, he was already heading back to a more rational domain.

"Rom? Is something out of order?" Tarla's voice filled with concern as the chief administrator stalked past her to his office.

"What? Oh, no. A new caretaker waylaid me. She had a problem with one of the arrivals and now I'm behind schedule. This is the third time this month. The more polluted Outerworld becomes, the harder it is to prevent these accidents. Something is going to have to be done about it soon, whether the Tribunal is ready or not." He planted himself behind his desk, intending to immerse himself in his work and forget the interruption.

Romulus stared at the large vidcom monitor on the wall next to his desk, but he could not read the report displayed there. Instead, he saw those blue-black eyes seducing him. What madness was this? He assured himself that his imagination running amok must be an aftereffect from trying to analyze his strange dream.He concentrated on preparing for the upcoming orientation. From his earliest days in Administration, he had taken on the responsibility of the new arrivals and had always enjoyed it. It would go smoothly, as usual…if he could just stop his hands from shaking.