Logan is a significantly revised and expanded version of the novel, WORLDS APART, which was released in 1994 by Penguin Books 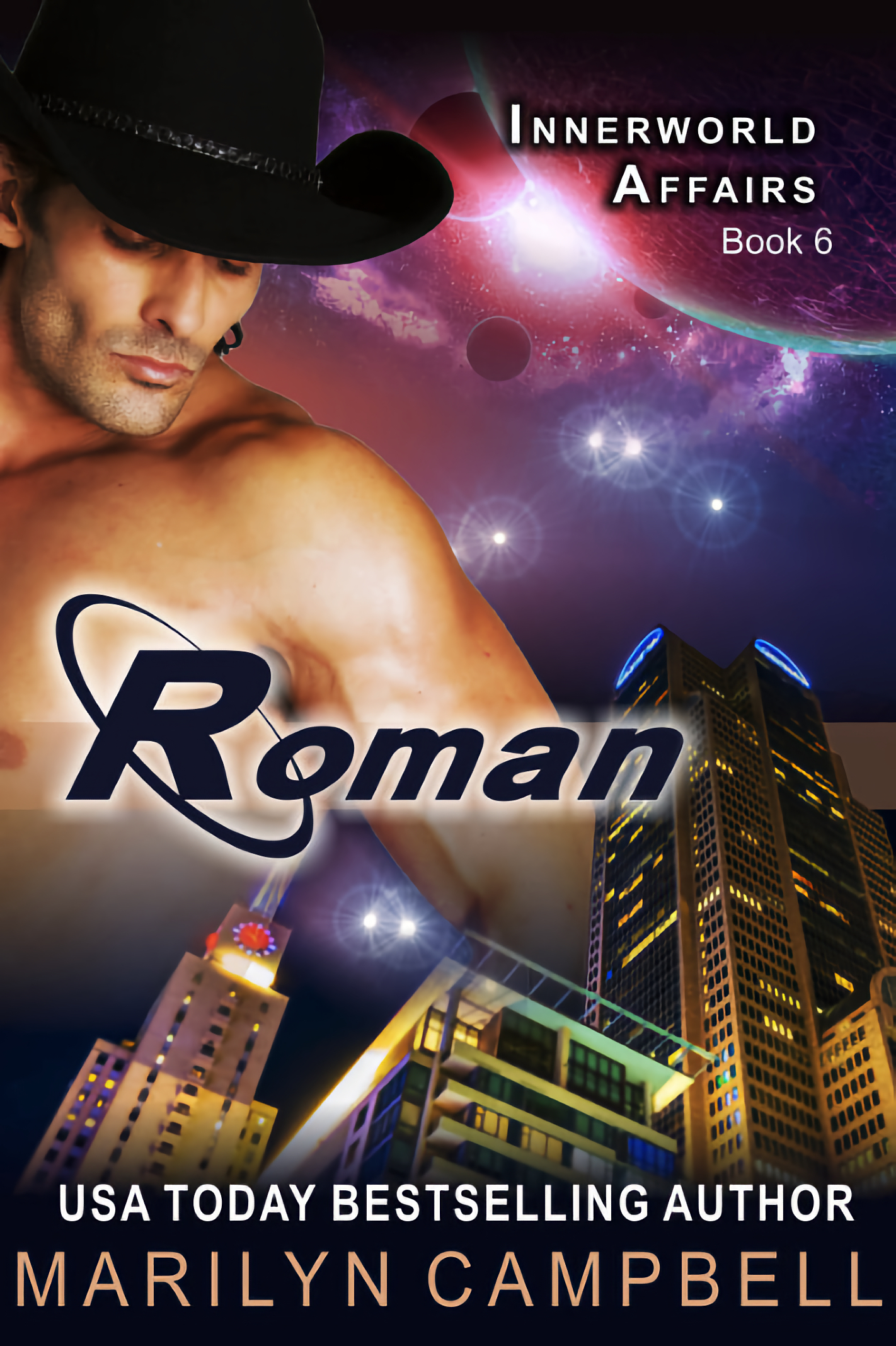 But Roman's presence triggers a cat-like heat in Erin, which affects his invisibility control, forcing Roman to reveal himself in full Noronian mating fever.

Neither Roman nor Erin desire the lifelong commitment the fever requires, but if they don't take drastic action, neither will survive the coming storm.

Roman stared at the door to Erin's townhouse as though the answer to his dilemma were written across it. Since the last light had been turned off an hour ago, he had no doubt she was asleep by now. He could slip in, locate the cryptocube and be gone without leaving a trace of his visit. If she happened to wake up, she still wouldn't know he was there as long as he maintained his invisible mode.

He had already detected that she sensed something every time he had gotten close to her. And his tracker training kept telling him she was more than simply an intuitive Terran female. Then again, he found her so appealing, there was the possibility that he was subconsciously doing something to attract her attention.

He imagined his trainer, Falcon, frowning with disapproval and he stopped wasting time. The next second he switched from invisible to incorporeal long enough to pass through the wooden door into Erin's unlit foyer. It was times like this when he wished he had Falcon's gift of night-vision, or even his sister's telepathic abilities, but he had to work with the one unique gift he had.

As soon as his eyes adjusted to the near-darkness, Roman quickly scanned the entire downstairs, not really expecting to find the cube so easily. As he started up the stairs, he heard muffled cursing then the sounds of rushing water. He grinned. This was even better than her being asleep. At the doorway to the master bedroom, he hesitated a moment to make sure she was taking a shower.

As soon as he stepped inside her room, his gaze was caught by the rumpled sheets on the large bed. Then he noticed the distinct scent of sexual activity. He had seen her go into the house alone and hadn't considered the possibility of her having a partner waiting for her. The professional part of his brain both scolded him for the oversight and acknowledged how her being distracted, along with the noise of the shower, would give him an advantage in his search. Unfortunately, the only things of interest he discovered were a recently-used, electronic phallus on her nightstand and a collection of sexual aids in the drawer. Though the search for the cube turned out to be futile, the personal part of his brain demanded he hang around to see what sort of individual earned Erin's intimate attentions.

Roman held his breath as she came out of the bathroom dripping wet and stood in front of the air conditioning vent. He could make out the curves of her silhouette and confirm that no one else had shared the shower with her.

She was alone after all…and obviously very, very hot.

He started to turn away, but then her arms moved and he could tell she was running her hands down her body, caressing her breasts and skimming down her stomach. She moaned softly and he knew without clearly seeing what part of her she had just stroked. His sex swelled in response and he failed to withhold a sharp intake of breath.

Instantly Erin's eyes opened wide and she yanked a sheet off the bed. "Who the hell are you? How'd you get in here?"

Roman's head was filled with possible responses but two thoughts took precedence. His unexpected arousal had made him fully visible to her. And her eyes were glowing…just like Falcon's.

"You don't need to hurt me. Just tell me what you want."

He noted that once the sheet was wrapped around her, she was able to speak in her normally calm, confident voice. Her experience as a profiler had kicked the panic right out the window.

"I would never hurt you, Erin," he said sincerely. "You are far too important. I do apologize for the intrusion. I only came to retrieve something that belongs to me."

"Don't move," she ordered flatly and kept her golden gaze fixed on him as she turned on a lamp. In a heartbeat she reached beneath the mattress and had a hand gun pointed at him.

Roman considered dramatically pushing aside the edges of his longcoat to show off his two holstered laser pistols. Instead, he sighed and made himself invisible.

"What the—" She jerked her head from side to side.

As soon as he snatched the gun from her hands, it disappeared also.

"Where are you? How did you do that?"

Retreating to a spot beyond her reach, he replied, "If you promise not to point any more weapons at me, I will explain."

She huffed and arranged the sheet more securely around her. "Fine. But I want to see who's talking to me."

Roman became visible, took off his cowboy hat and gave her his friendliest smile. "Howdy, ma'am. The name's Roman Locke and I'm a Texas Ranger Specialist—"

"Hold it right there." She glided slowly toward him, wrinkling her nose while sniffing the air. When she was within inches of him, she gasped. "It's you!" Backing away too quickly, she tripped on the sheet and landed at his feet.

Rather than helping her up, he sat down. "It appears I'm not the only one in this room with a secret identity."

"That's ridiculous," she retorted with a smirk. "My identity is public knowledge. Which reminds me, you called me Erin but I'm sure we've never met. I also realize you're the one who's been stalking me. And now I know why I could never see you!"

"But you recognized my scent, right?"

"I admit to a keen sense of smell."

"You also have exceptional night vision. I saw the reflective glow in your eyes."

She let out another huff then clucked her tongue. "How is it that you broke into my house but I'm the one being interrogated?"

"It's okay, Erin. My trainer is half Felan. Are you empathic as well?"

"I have no idea what you're talking about. Or why I'm sitting here, wearing only a sheet, while a maniacal cowboy holds me hostage in my own bedroom." She swiped perspiration off her upper lip. "And why the hell is it so damn hot in here?" She tried to rise but he grasped her hand and she went completely still.

He should never have touched her. The heat radiating from her body was nearly impossible to block but the bewilderment in her eyes kept him from melting into it. She began rocking back and forth, her breathing altered to short pants and her hands clenched into fists between her thighs. "You really don't understand, do you?"

Roman almost managed to hide the smile he was feeling. With the lightest touch of his finger under her chin, he got her to meet his gaze. "Well, ma'am, I do believe I can help you with all of that."