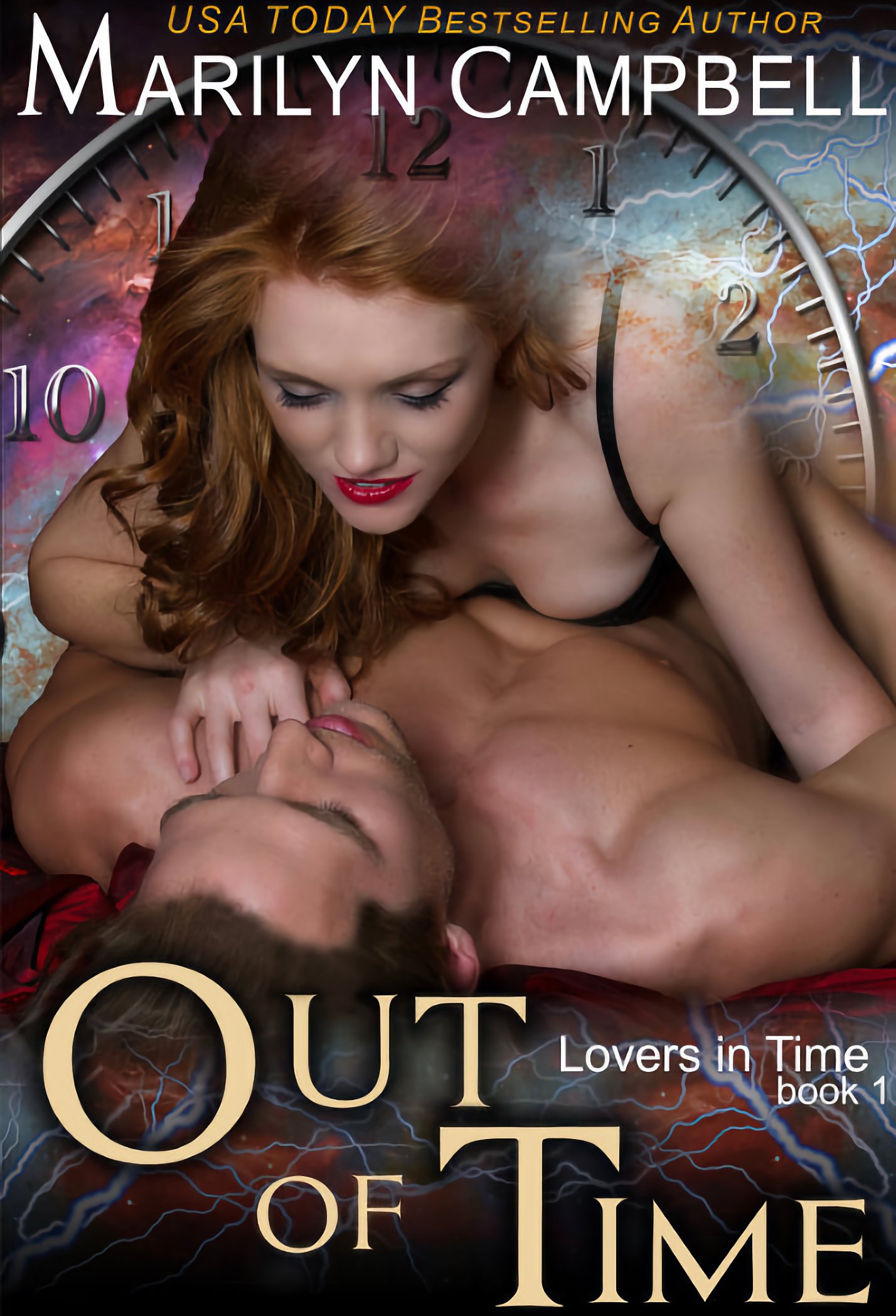 In 1965 Atlanta, Jack Templeton is strapped in the electric chair, about to be executed for murder when he spontaneously combusts.

In 2016, Kelly Kirkwood is researching the supernatural twist surrounding Jack's case when he abruptly appears before her, literally in the flesh. Shocked and unsure how long Jack will remain, the pair race against time to clear his name as lust and then love takes hold. But the true villains are still alive and stalking their every move, willing to do anything to keep the past a secret.

As she has proven in the past, Ms. Campbell knows how to deliver distinctive novels with startling new and original twists. Top notch entertainment!

A sexy romp…fun from the first page to the last…a winner!

If you enjoy stories full of romance, heat and a killer plot, then you will greatly enjoy this book. You won't be disappointed.

Out of Time is a page turner all the way. What happens to Jack and Kelly? You’ll have to read the book to find out, but I bet you can’t put it down till you do!

For anyone who loves romantic suspense and time travel, definitely check out Out of Time, and hold on tight, for you'll be in for a thrill ride.

Even if time travel is not your thing, give this one a try. This story is well worth reading.

"It might help if you'd be honest with me."

He stared up at her with complete sincerity. "I am being completely honest. I have no idea how it could be but I am the man in that article. This morning it was 1965 and I was strapped into an electric chair with electrodes attached to my head and calf. I felt the first surge then the lights went out and the next thing I knew, I was standing in the woods, naked as the day I was born. I figured I was in purgatory."

Kelly chuckled despite the circumstances. "I've heard Georgia called worse than that."

"The article said I was completely incinerated but if this isn't the afterlife, I must not have died. Instead, I was somehow... moved."

"Moved? As in transported through time and space? As far as I know that hasn't been invented yet. Have you considered blaming an alien abduction?"

"Look at these." He pointed to the newly burned circles of flesh.

"I won't hurt you, if that's what you're thinking. I didn't kill Ginger O'Neill. Nor did I ever rape one woman let alone nine. I was framed!"

Kelly sat down across from him and placed the gun on her lap. "Whether Jack Templeton was framed or guilty, you can't be him."

"I would say you're a man who looks very much like the late Jack Templeton and burned two circles on his body to convince me he'd been electrocuted."

Jack threw up his hands in disgust. "Why the hell would I do that? I don't even know you. I certainly wouldn't burn myself to convince you of anything." His expression suddenly changed and he angled his head at her. "Maybe you're the one who's lying and this is all part of a test I'm being put through. We're out in the middle of the woods. You could tell me we were on Pluto and there's nothing around to prove you wrong. That's it, isn't it? Instead of being electrocuted, I was just knocked unconscious and brought here. They must have figured I'd make a full confession if I thought I was already dead."

He rose abruptly and pointed his finger at her. "Well, it won't work, lady. There's nothing you can do to make me confess to something I didn't do. You may as well just take me back to the pen so they can finish what they started."

Kelly nodded approvingly. "You have a very fertile imagination. You should consider fiction writing as a career."

"I'll stick to nonfiction, thank you. That way I know what's real and what's make-believe. Do you admit this is a set up?"

He shook his head. "No. There's no one. At least not nearby."

"Well, maybe you just need to have your memory jogged. If you really have no clothes, you couldn't have come far. You probably live in the area. All you have to do is walk out that door and turn left. Charming is in that direction. Someone might recognize you there. And if you're still convinced I'm lying to you, look at a newspaper. That should confirm where and when you are at the moment."

He frowned at her and looked down at his bare feet. "I don't suppose you'd have a pair of size eleven shoes."

"Sorry," she said with a shrug then stood. "As interesting as this has been, I really need to get back to work now and you need to... go back to wherever you came from."

"Would you at least tell me why you have all that information about crimes?"

She almost smiled. "I'm an author, a fiction author. I mainly write romantic suspense. Your case—I mean the Templeton case, interested me."

He nodded, as if that made some sense to him. "Well it was very nice to meet you... " He held out his hand to her, clearly expecting an introduction.

"Kelly Kirkwood," she said, extending her hand toward his. The instant their palms met, a bluish light crackled around their hands, a powerful shock ran up Kelly's arm and she was forcibly projected against the wall several feet behind her.