(Originally released as "The Trouble with Angelina")

A lighthearted Christmas romance set in South Florida, where the heat is sweltering and Christmas and Chanukah decorations hang side-by-side on palm trees. 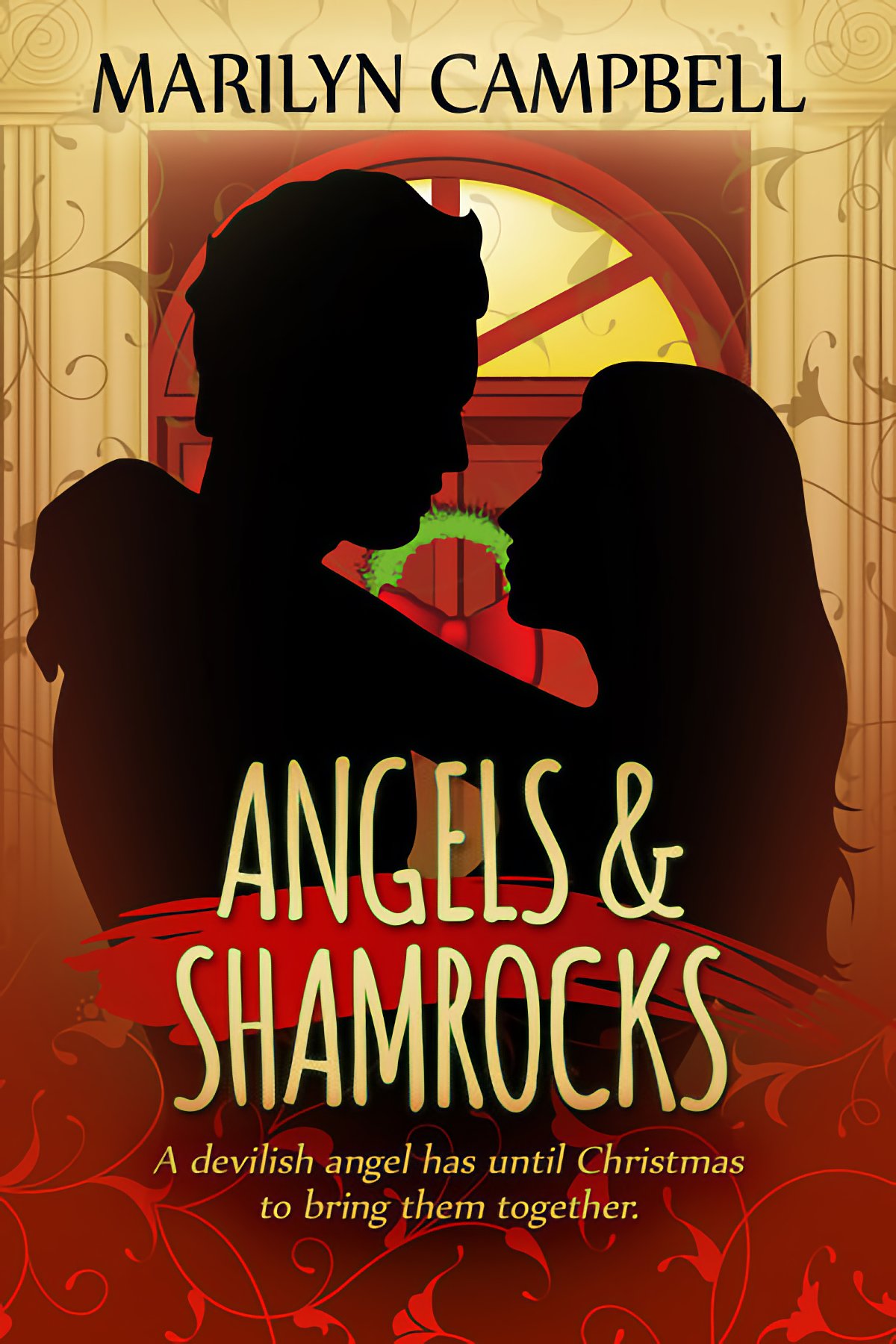 ANGEL is a 31-year old widow with three sons - 8 year old twins, Josh and Jeff and 10-year old Christopher - and a large overly friendly dog.  Her friend, Becky, calls her the Sicilian Cyclone because of her physical appearance, fiery temperament and tendency to cause little disasters when she gets worked up.  She has her own business making hair accessories called “Angel’s Haloes,” assists in her boys’ classes and sports, is a cub scout den mother, does volunteer work for the PTA and her church, as well as serving as a school crossing guard two hours a day, all of which keeps her too busy to even think about dating.  Even if she allowed herself the time, however, her son Christopher is prepared to fight any man who might dare vie for her attention.

SEAN is the handsome, 35-year old mayor of Coral City and owner of Shamrock Construction Company.  Although he could have his choice of female companions, he chooses never to date a woman in his voting district because of possible repercussions.  He moved to the town to care for his Irish grandfather, Shamus, when Alzheimer’s disease struck and ended up taking over the family construction business.  After Shamus passed on, Sean remained devoted to improving the lives of the local seniors through the mayoral office.  Between the business, his political duties, and volunteer work, he has no time left to notice how lonely he is.

SHAMUS may be an angel, but he has more than a few qualities of a mischievous leprechaun.  Before he died he had wanted to see his favorite grandson happily married with children, but Sean hadn’t complied.  Now looking down on him from above, Shamus still wants that and is not beyond a bit of meddling to bring it about.  With the usual restrictions on angelic interference eased in the weeks preceding Christmas, Shamus uses every trick up his sleeve to help Sean and Angel realize they should be trimming only one tree this Christmas instead of two.

Every one of the hundred times over the past four days when she'd picked up the phone to cancel, she repeated that litany to herself. This is not a date. Then why wouldn't her stomach settle down? And why was she worrying about what she would wear? The answer was logical. This evening was important…to the future of her hometown. He had promised to discuss her complaints and she was going to see to it that he heard her point of view.

Two hours and three dress changes later, Angel was as ready as she would ever be. Her straight black skirt and tailored, white blouse gave her the businesslike look she thought appropriate for the situation. She had started out letting her thick, wavy hair hang loose then tried a hairband in it to keep it off her face, but that still seemed too casual, so she tied it up in her usual ponytail and nixed that as well. Finally she settled on clipping the sides and top together with a filigreed silver clip, while leaving the back hang down. The only makeup she put on was a touch of tinted lip gloss. Nothing special needed to go into her appearance.

This wasn't a date.

Yet, the fluttering in her stomach had multiplied tenfold, warning her that she would have to be extra cautious in her movements until she relaxed a little.

Becky was in the kitchen waiting for her when she came downstairs.

"Oh, hi," Angel said with forced cheerfulness. "I was going to send the boys over in a few minutes."

"I know. But His Honor isn't due here for about twenty minutes and I wanted to give you a little present to commemorate your first date." She handed Angel a dress-size box prettily wrapped in silver foil with a purple lace ribbon. "You're so out of practice, I figured you needed some help."

Angel took the gift and efficiently removed the wrapping. "So help me, Becky, if this is a sexy black negligee, you can take it right home and wear it for Larry tonight."

"It's not a negligee. It's—" She stopped short as they both heard the doorbell.

Abruptly, a chorus of boys' voices yelled, "I'll get it," and a fight broke out in the foyer.

"I'm the man of the house. I have to check him out first."

Angel dashed from the kitchen with the box still in her hand. At the same moment, Rolf joined the fray by the front door. Beyond the boys' shouts and the dog's barking, she vaguely heard Becky demanding she bring back the box.

Angel never saw which boy got to open the door because Rolf's big head jerked up under the box, knocking it out of her hand. When she tried to catch it, the lid flew off and the box turned upside-down in mid-air, tumbling the contents all over the slick tile floor.

Sean caught the tail end of Angel's juggling act as the door was yanked open and the noisemakers all took off in the face of certain punishment. Without hesitation, he knelt down beside her and began picking up the items on the floor and returning them to the box.

He folded the lingerie and placed it gingerly in the box. "I know I'm a bit early, but it looks like you're, uh, all set."